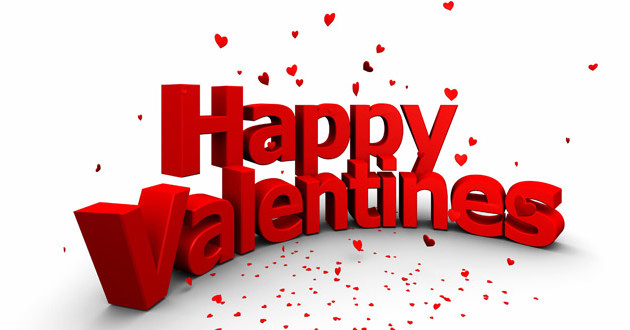 
Call or come in for Valentine’s Day balloons, gifts, teddy bears, lingerie and sexy costumes for your special someone. WE HAVE HELIUM!

Valentine’s Day is celebrated today all over the world as a day to let the one we love know just how much they are cherished; with roses, balloons and candy with sweet, loving sentiments.

The Valentine’s Day holiday most likely derives its origins from the ancient Roman feast of Lupercalia. In the early days of Rome, fierce wolves roamed the woods nearby. The Romans called upon one of their gods, Lupercus, to keep the wolves away. In honor of Lupercus, a festival was celebrated on February 15th of the ancient Roman calendar. This festival was also celebrated as a spring festival. The Roman calendar was different at that time, with February falling in early springtime. One of the customs of the young people was name-drawing. On the eve of the festival of Lupercalia the names of Roman girls were written on slips of paper and placed into jars. Each young man drew a slip. The girl whose name was chosen was to be his sweetheart for the year.

Legend has it that the holiday became Valentine’s Day after a priest of the same name. Valentine was a priest in Rome at the time Christianity was a new religion. The Emperor at that time, Claudius II, ordered the Roman soldiers NOT to marry or become engaged. Claudius believed that as married men, his soldiers would want to stay home with their families rather than fight his wars. Valentine defied the Emperor’s decree and secretly married the young couples. He was eventually arrested, imprisoned, and put to death. Valentine was beheaded on February 14th, the eve of the Roman holiday Lupercalia. After his death, Valentine was named a saint. As Rome became more Christian, the priests moved the spring holiday from the 15th of February to the 14th – Valentine’s Day. Now the holiday honored Saint Valentine instead of Lupercus.
Today, couples celebrate Valentine’s Day with gifts of flowers, candy, balloons, lingerie, jewelry, fine dining or romantic evenings, snuggling in front of the fire. 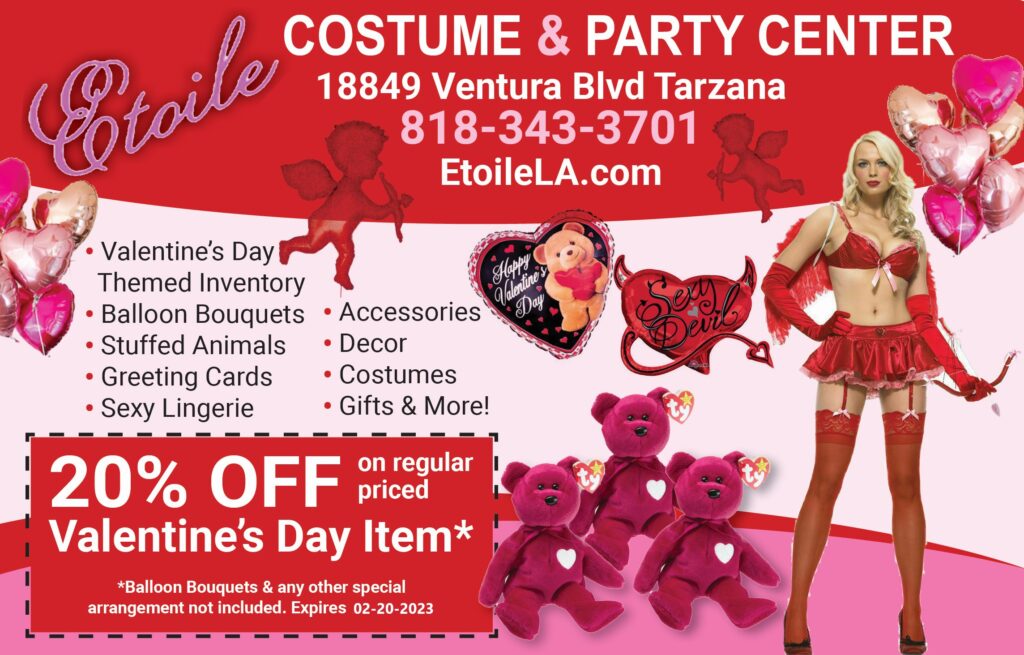 💘 Valentine’s Day gifts for every loved one in your life. Gifts for mom, grandma, friends, colleagues & that special someone 😉 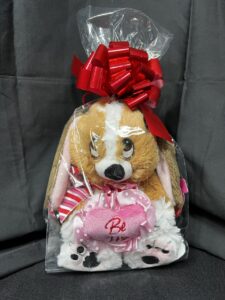 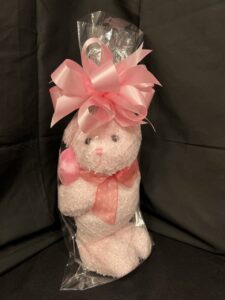 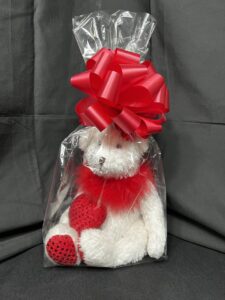 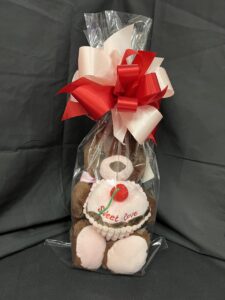 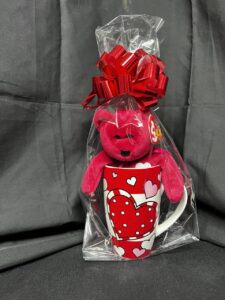 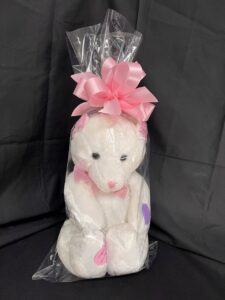 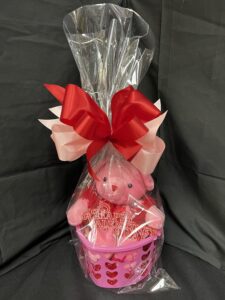 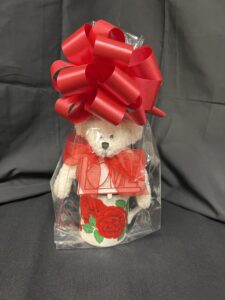 We carry lots of Valentine’s Day balloons to arrange bouquets for your loved ones. Call us ahead of time to place your order! 818-343-3701 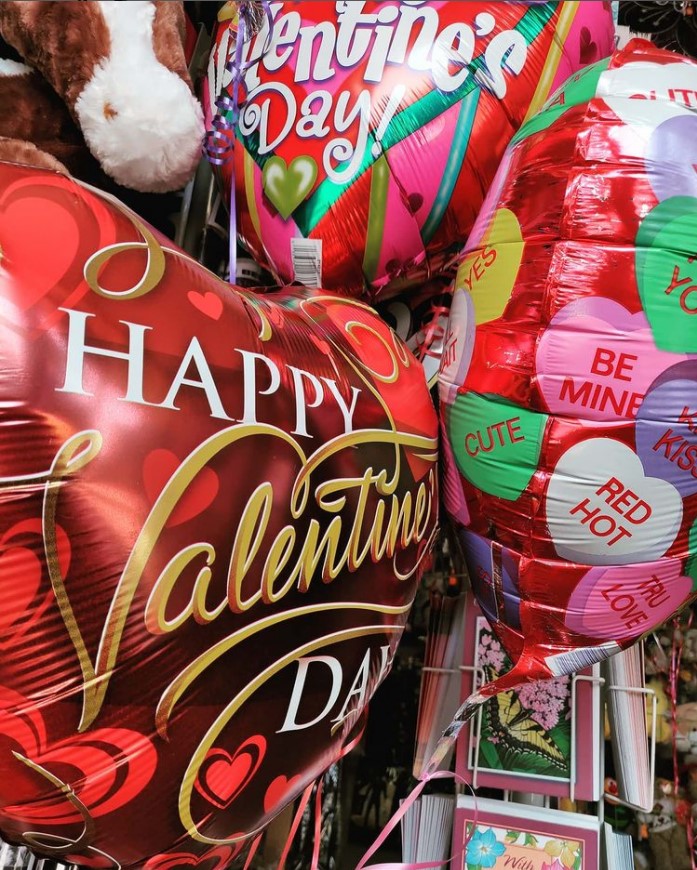 Have fun and feel sexy on Valentine’s Day with some of our lingerie, stocking, and accessories. Available in many styles, sizes, and colors! 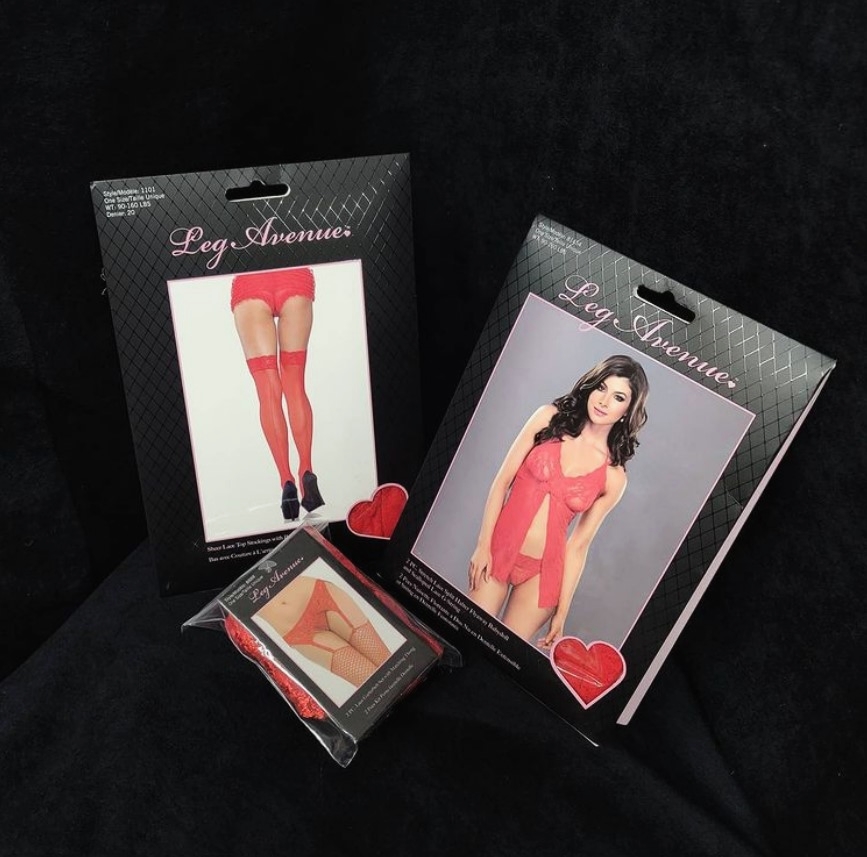