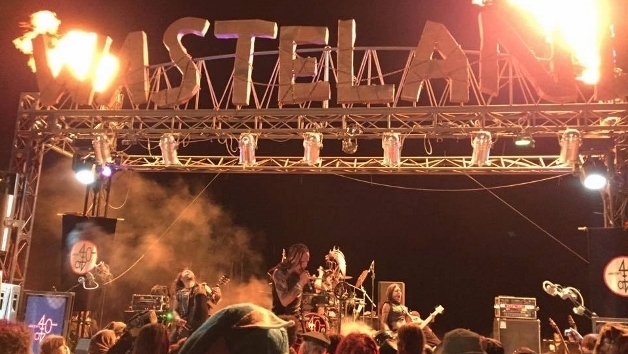 Wasteland Weekend is the World’s Largest Post-Apocalyptic Festival, in the heart of the Mojave Desert

Wasteland Weekend is a FULL IMMERSION festival deep in the heart of the Mojave Desert.  The goal is to make festival goers feel as if they are entering another world for a few days, leaving the trappings of so-called civilization behind and embracing a post-apocalyptic fantasy.

The event requires everyone be in costume for one simple reason; they don’t want spectators at the event they want participants!   When you step through those gates of Wasteland City, you will have an unbroken, 360 degree view of the post-apocalyptic world you’ve helped create.

The primary influence at Wasteland is and always has been the

Mad Max movies. Most of the costumes featured in the last three films would fit in fine at the event. The Mad Max films present a GROUNDED but simultaneously outlandish vision of the end of the world; mohawks, studded leather, sports equipment and supercharged gas-guzzling custom cars, but you won’t see cyborgs, aliens, magic, or high levels of technological advancement. And while the Mad Max films have formed the core of the theme since year one there has always been room for other parts of the genre, so long as they don’t stray away from the more reality-based vision presented by that Mad Max films.

For more information on costumes, custom cars, the full entertainment schedule, including all performers and performance times, contests, tickets and directions to the event, take a browse through their website by clicking above picture. 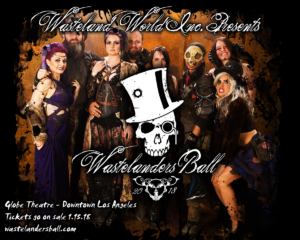 Even at the end of the world, there can be beautiful things. Join us once again for an unforgettable evening as we celebrate life after the end of so-called civilization. This is the time for the wretched multitudes to regain the pride and elegance they vaguely remember from the world before.  If you already have your tickets, click the link above for full entertainment lineup and wardrobe suggestions.