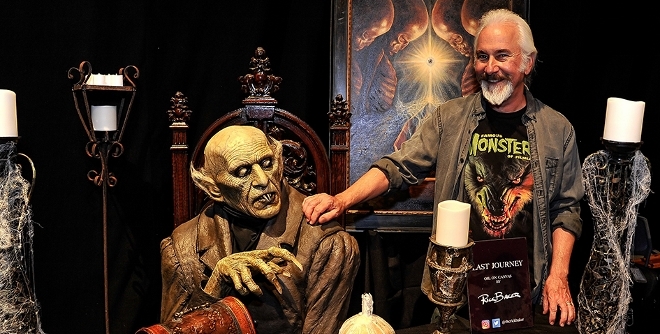 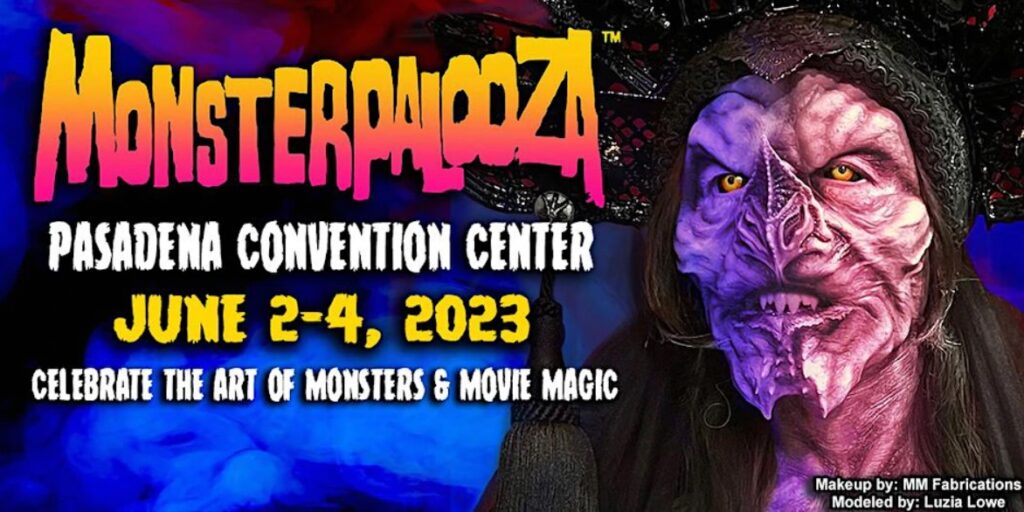 Be sure to make plans to join the tens of thousands of fans who attend both conventions to see horror celebrities and others from the film industry.  Both conventions also highlight presentations, panels and workshops.  The spring Monsterpalooza event features a museum.  Displays of screen-used props, masks, life-size figures and movie creatures from participating Hollywood FX studios and artists are featured.  The workshops focus on the craft; makeup demonstrations and creature effects. The emphasis is on classic horror.  Featuring characters from B Movies of Hollywood’s Golden Age.  Over the years, Monsterpalooza has hosted famous actors and industry personalities, including Robert Englund, Kane Hodder, Jennifer Tilly, George Romero, Martin Landau, James Remar, Sonny Chiba, and Linda Blair.

Director Guillermo del Toro summed it up on his Twitter that Monsterpalooza is “the monster convention I dreamt could be possible as a kid”.[6] Brian Collins from Birth. Movies. Death. calls it the “best horror convention of all”.

At Son of Monsterpalooza, in addition to a selection of incredible artists, the convention floor features creatures coming to life right before your very eyes.  Live makeup demos by award winning makeup artists;  many of which are responsible for bringing your favorite characters from film, television and haunted attractions to life, will be a real highlight of your visit.

Experience special exhibits showcasing original creations from top film and independent artists.  Be sure to sit in on special presentations in the Son of Monsterpalooza Theatre for hours of panels featuring your favorite film stars, directors and artists

Enter the Son of Monsterpalooza COSTUME CONTEST for a chance to win cash prizes.  Plus much more all weekend!!

Son of Monsterpalooza features some of Hollywood’s biggest talents and independent artists selling their creations;  in most cases only be found at this convention.  Exhibitors sell products, such as one of a kind masks, hyper-realistic sculptures, costumes, props, collectibles, toys, model kits, makeup, supplies,m prosthetics, celebrity autographs, DVD’s, apparel, and much more!