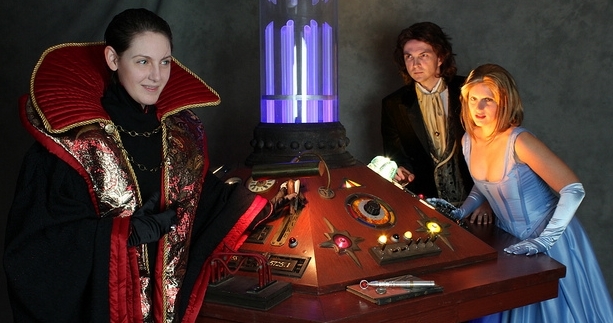 It’s Gallifrey One!  Sci Fi fans get your Who On!  Find costumes, make-up, hats, scarves and accessories from Etoile Costume & Party Center.

Don’t miss out… join the celebration of the Gallifrey One: Thirty-Second to Midnight largest and longest-running annual Doctor Who fan convention! 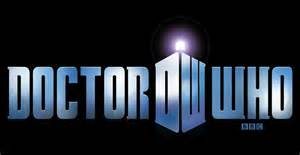 What can you expect from Gallifrey One?

A fabulous weekend of fun with Guest speakers from all of the worlds of Doctor Who…
Q&As.
Interviews.
Live episode commentaries.
Discussion panels.
Workshop.
The annual Bob May Memorial Charity Auction.

And much more.  It’s cosplay in overdrive; a fully-stocked Dealers Room, a classic convention Art Show, video programming, Gaming Hub, theme parties, photos with guests, autographs, and the now famous evening social scene. This unique convention brings together nearly four thousand people every February who share a love of all things Doctor Who. 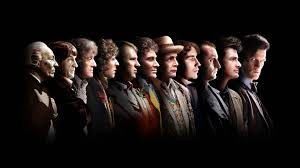 What is Gallifrey One?

It’s the annual North American science fiction convention focusing primarily on the British television series Doctor Who and its spinoffs; Torchwood, K-9, The Sarah Jane Adventures.  Gallifrey One, held each February in Los Angeles, also emphasizes British and American science fiction television media.  Sponsored by Gallifrey One Conventions and the Institute for Specialized Literature (ISL) Inc., the convention has been held every year since 1990 in the greater Los Angeles area and has featured guests from a variety of genre television programs; including Babylon 5, Star Trek, Alien Nation, Gene Roddenberry’s Andromeda, Buffy the Vampire Slayer, and Battlestar Galactica.

community.  Gallifrey One Conventions has run an event every year since 1990, and over time has become one of the world’s most popular fan-run themed events devoted to the Doctor Who classic.

Gallifrey One is the formal name of the convention.  The event has always featured it’s full name, along with a play on the iteration as drawn from popular media, such as “Gallifrey One Across the Eighth Dimension”, from a title of Buckaroo Banzai, “The Tenth Planet of Gallifrey One”,  a Doctor Who reference, and “Gallifrey One’s Fifteen Minutes of Fame”, a reference to the phrase coined by Andy Warhol.

For those without tickets, fear not: transfers will be open in December 2019 & January 2020; you may be able to find tickets at that time, as current ticket-holders who cannot attend are allowed to sell their tickets to people who can (but only at the same cost they paid for them!)

CLICK HERE for additional official details for this year’s event.